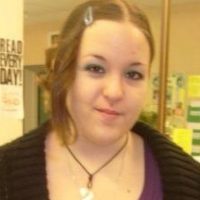 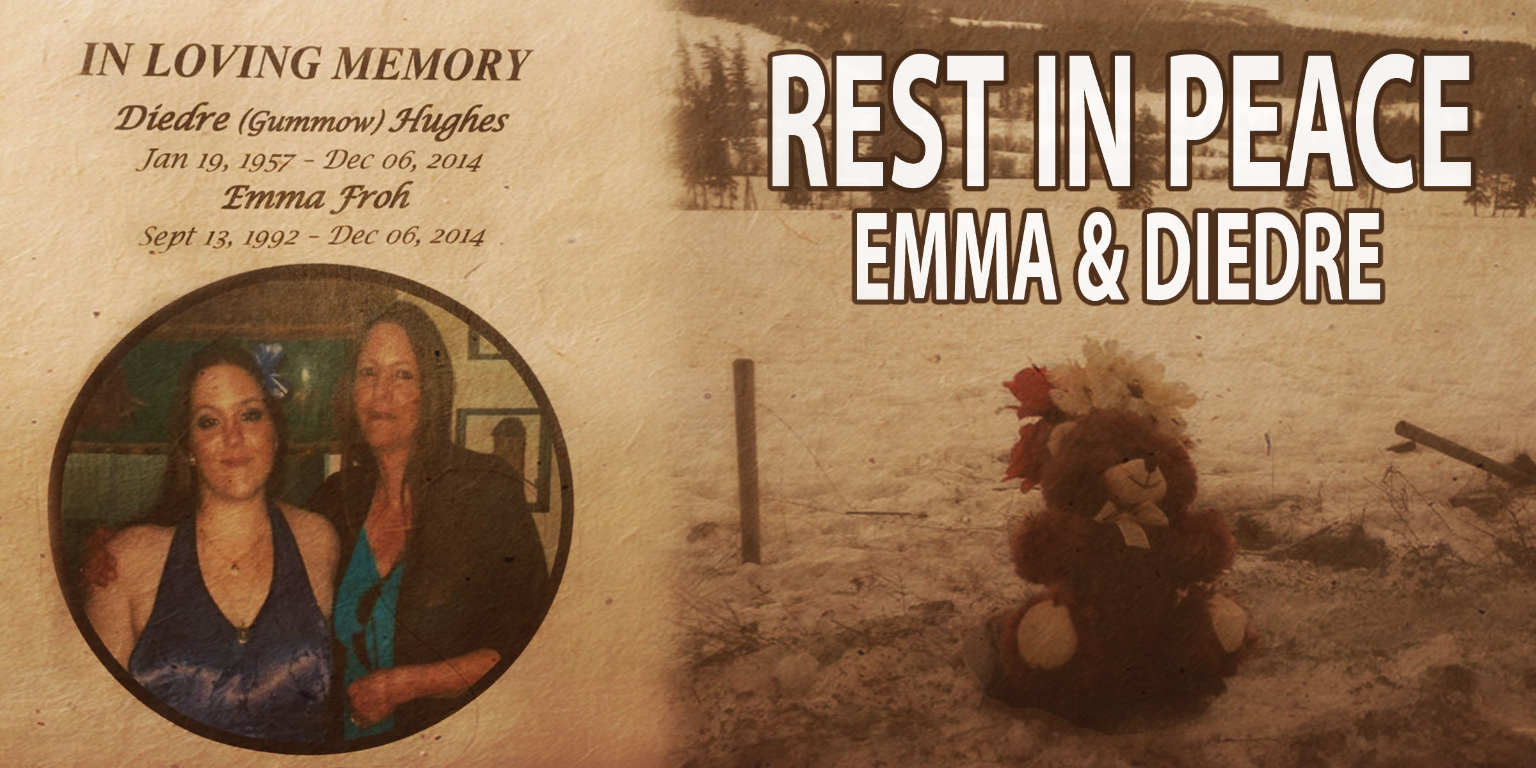 Emma Froh (September 13, 1992 – December 6, 2014) and her mother tragically passed away in December 2014 as a result of injuries related to a car accident, near her home near Vancouver, British Columbia, Canada.

Prior to her passing, Emma was a talented actress, visual artist, director and writer, as well as a trustworthy friend and daughter. She was an optimist, but also a joker. She wore fedoras, she dressed up on school theme days, and helped those in need whenever she could. The world will not be the same without this wonderful human being.

(a tribute to Emma Froh, as written by a friend)

It has been just over a month since I have posted anything. The main reason for that is a depressing event that happened on December 6th just outside my hometown. It was a Saturday and early that day I had spoken to my mom on the phone. She told me that she and dad were going to the office Christmas party that night and that the roads were very dangerous. Temperatures had dropped after rain and snowfall so the road was icy and there was a fog. Naturally I told my parent to be careful when driving and I worried about their safety until something took my mind off of it. That night, around 10 or 11, I saw a Facebook post that there had been an accident on the highway between my hometown and the town where my parents were going to the party. I started to panic and called my parents. No one answered at the house. Neither of them answered their cell phones. I panicked more. I tried telling myself that they are always bad at answering their cell phones or they just left the cell service area on the way home and that they would be home soon. I didn’t go to sleep, I just waited for them to call me back. So they could tell me that everything was okay and the world hadn’t just ended.

They did. About an hour after I called them. They made it home fine. I was so relieved. They said that they saw where the accident happened and that the road was closed so they had to take a detour that added about 45 minutes to the drive. They didn’t know who was involved in the accident. Until the next day.

They called me late in the evening on Sunday. My roommates and I were watching Back to the Future part 1. I had a feeling that this call was to tell me who was involved in the accident. It was. Mom asked “Do you want to know who died?” “Do I know them?” I asked. “Yes.”

It was a girl that I went to high school with. That I had spent a lot of time with. We had done plays together and hung out at lunch. We had the same friends. We were the same age. I had gone to her birthday one year. We had classes together and read the same books. We were the only two people in our school to compete for a district scholarship in the theatre division when were in grade 12. We both won. We did a skit together that she had written for a variety show that was to raise money for a group of kids going to New York for a week. She wasn’t even going on the trip, but she still wanted to help and be involved. She was a super cool person. I had seen her a couple weeks prior when I was working at a Halloween store and she and another girl from high school came to a zombie walk that the store was hosting. It was really cool to see her again. And now my mom was telling me that she was dead. Along with her mother. My friend was driving and they collided with an oncoming car. The people in the other car went to the hospital, but they recovered. No one was drunk or high, the road was just shitty, and it was at a spot where it was easy to go fast if you wanted to. It was just bad luck.

A few years ago another girl that I went to school with died in a car accident. As heartless as it is to say, her death did not affect me. We were not friends and she had been driving drunk in town late at night. She crashed her car when she fled from a road block where police where testing for impaired drivers. Yes it was sad because some of my old friends were sad, and I knew that her parents’ lives were ruined, but I never shed a tear for that girl. Not like I did for my friend.

Mom and dad told me to tell my roommate so she could comfort me and I said I would after I hung up, and I meant to. But once I said goodbye to my parents and put down my phone I couldn’t move. I stayed in the same position on my bed hugging my knees to my chest for hours. I cried so much. Even when I stopped crying and wanted to get up and talk to my roommate I couldn’t. I just started crying again. Eventually my roommate came to say hi, probably goodnight actually, and saw that something was wrong. I told her in my high, gaspy, squeaky voice that I have when I cry that makes it really difficult to understand what I’m saying. She comforted me. She said all the right things. She stayed with me for a while and offered me tea and ice cream and chocolate. I didn’t want anything. My body felt broken. A bit later she left so that I could go to sleep, and the next morning and every day after that for about a week, she would ask how am doing and progressively I would get better. A week after the accident was the funeral. Pardon me, the Celebration of Life. My roommate came with me and my mom for support and I was very grateful that she did. I didn’t cry as much as I thought I would, but that is partly because half the service was a pastor spurting the same Jesus crap analogy over and over at a funeral for two women who were not religious enough to go to church ever. I haven’t been to many funerals, but I haven’t liked any of them, and it is always the religious guy’s fault. Same with Remembrance Day ceremonies.

Even though we spent a lot of time together, especially in our senior year, I didn’t know her that well. I liked her because even though she had reasons to be down, she wouldn’t be. She was an optimist and a joker. She was a very talented actor, artist, writer, and probably other things I don’t know about. She quoted a lot of South Park. She was groovy. She wore a fedora sometimes. She had a really long tongue. She could bend her middle finger back until it touched the back of her hand. She had good school spirit and always dressed up on theme days. She gave good hugs. Because I knew she was amazing I always felt competitive with her in theatre. I thought I was better than her at acting and directing. I wasn’t. I’m not.

The whole thing put the fear of death in me pretty well for a while. A lot of the reason why I cried so much and was so sad was just the fact of knowing that anyone can die at any time for no reason. And no matter their age. I already drive very cautiously especially in the snow, but now it’s even more so. I really don’t want to die in a car crash. Afterwards I started reading books that I knew would depress me, and watched TV shows that were not heavy on the funny. Usually that is not the case, but it seemed important to not try to make myself happy. I am still sensitive to people making jokes about death, but I don’t say anything. I still get sad sometimes, but I hold back the tears. I’m not bottling it up, I’m just dealing with it by myself.

Even though we’re supposed to believe that a young life is worth more than an old life and even though her and her mother’s passing was so awful to so many people, I am still grateful every day that it was not my parents who died that night.

I will miss my friend for the rest of my life and every time I am on a stage I will be thinking of her. Goodbye Emma. You are missed.