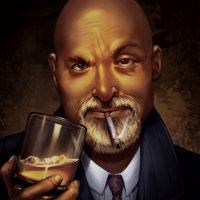 
Steve Taylor was born in Little Rock, Arkansas in 1970. Reared in the small papermill town of Crossett, Arkansas, Steve got his start in front of a microphone at the age of fifteen, working for one the local radio stations in Magnolia, Arkansas. His journey from then and there to here has taken Steve (and his voice) to great destinations that include Knoxville, Tennessee, Huntsville, Alabama, and his current home base in the resort city of Hot Springs, Arkansas. His skills have earned him over one hundred various broadcasting awards, a dozen ADDY awards, and two Silver Microphones.

Steve’s also a meteorologist, formerly practicing those wares in Southern Mississippi for a couple of decades.

Steve joined the Chilling Tales team in early 2015 as a narrator. First doing a few small parts, eventually Steve got involved in some of the larger-scale projects that Chilling Tales has become known for. His favorite project so far? The Chilling Tales production of H.G. Welles’ “War of the Worlds.” His most recognizable role? Detective Matthew Prasa in Jeffrey Ebright’s fantastic tale, “The Curious Case of Lolo Moreno.”

Steve continues his pursuits in the voice over world, having found tremendous success in the last few years. Currently, Steve has artist representation via the Atlas Talent Agency of New York and Los Angeles.

Steve is an accomplished musician, having played bass guitar since the age of twelve, all low brass instruments by the age of fifteen, and now whittles away at Father Time with either an electric bass, Strat, or his trusty Martin 000-28.

Steve is married to Susan, his wife and companion of over twenty years. They are the parents of Grace, Walker, and Lola.

Host of the Following Programs 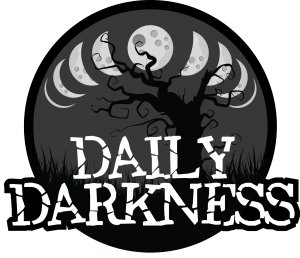