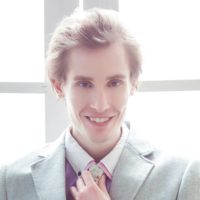 David Feuling’s works have been featured across a number of online and print horror platforms. He is perhaps best known as the author of The Thing That Stalks the Fields, which entered the canon of internet horror classics in early 2010. More recently, David has received acclaim for his deep web horror series, Buyer Beware, as well as for the standalone short story: No Eyes, No Tongue, No Fingertips; Story of a Mother’s Love. In 2017 he published an anthology of his shorter works, and also his first horror novella (Bravo Juliet).  As of July 2018, he has published a sequel to his 2017 novella (Witness to Those Waiting), and plans to release a third book within that same series before the summer is done.

David currently lives just outside Washington, D.C. with his wife, some friends, and a cat named 笨笨.  He holds a bachelor’s degree in biology, but doesn’t really remember how any of the lab machines work anymore.