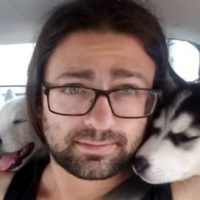 Tobias Wade is a former neuroscience researcher and born again novelist. “During my studies,” Wade says, “it struck me as odd that I could learn so much about behavior without understanding the intricacies of human nature. I realized that I learned more about what it means to be human from reading stories than I ever had from my text books, and I was inspired to write.”

Wade spent several years selling scripts in Los Angeles, but was ultimately frustrated with the lack of control over his projects. A general stubbornness and unwillingness to compromise his creative pursuits led him to start his own publishing house – Haunted House Publishing LLC – to do things his own way.

Wade now works full-time as a novelist and publisher, putting out a new book every month with Haunted House Publishing.