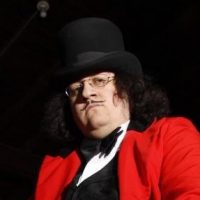 Aaron Shotwell is a 33-year-old Colorado native who has been writing horror fiction since early high school. Author of the Pleasant Nightmares anthology and featured on numerous creepypasta narrator YouTube channels and podcasts, Shotwell is currently in the process of rewriting his sci-fi/horror epic, “The Twin Paradox“, to be released as a trilogy of novels and mark his debut as a career novelist. In the meantime, he will be continuing his short horror fiction in the near future for the Simply Scary Podcast, Otis Jiry’s Scary Stories Told in the Dark, Chilling Tales for Dark Nights, and elsewhere.

Pleasant Nightmares: Second Edition, Shotwell’s first collection of 15 short horror stories, can be purchased in hardback or on Kindle via Amazon.