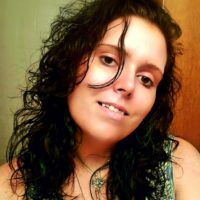 Ahriannah Victoria began writing in her early 20’s as an exercise to deal with issues and found that horror was a natural extension. During her career as an enlisted member on the U.S. Navy, she was introduced to micro-horror known as creepypasta. “I found the idea of compressing an idea to less than three pages to be complex,” she says, “and it increased the difficulty of writing, so of course I had to try it.”

Victoria is a native of the Greater Pittsburgh area from Pennsylvania, however currently resides in Florida, and admits she can’t get used to the flora and fauna, which she uses as inspiration for new stories.

Victoria’s current project is a mini-series based on a religious/Zionist, post-apocalyptic world. As the parts are released on her blog they are narrated by her friend and fellow narrator FearAddict.