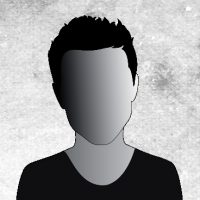 Anansi is an anonymous author whose stories were originally published to the 4chan paranormal forum /x/ and later embraced and often adapted by the online creepypasta community.

Anansi’s tale of “The Goatman” was later adapted into a short film entitled “Weirdo“, as produced by Endless Stairs Productions.

The true identity of Anansi is unknown, and as of the time of this writing, no further information is known about the mysterious author or their whereabouts. They have yet to publicly take credit for their work.