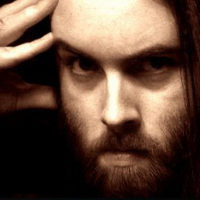 Christopher Howard Wolf (born September 21, 1979) is an independent game developer and writer, perhaps better known by his online alias “Slimebeast.” He is the founder of independent game company WRONG Games, for which he works as a game designer. He is known for work on the games DragonSpires, I’m O.K – A Murder Simulator, Hell Rising, and Scroll Wars. He also authored a graphic novel retelling the story of Nosferatu, and has appeared on Dawson’s Creek and in the English dubbing of You’re Under Arrest!

Wolf operates the horror story website Slimebeast.com, where he has published several popular horror stories, including Funnymouth, Whimsywood, Lost Episodes, Abandoned by Disney, Room Zero, and Corruptus, among others.