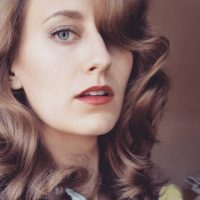 Lee hails from a small town in Alberta, Canada, and studied history at Memorial University in St. John’s, Newfoundland, from which she graduated in December 2015.

Lee has always been involved in the Arts – she grew up practicing classical ballet and was involved in theater all through high school. While attending university she worked as an actor and an extra on a number of film productions. The first professional project she worked on (“Infanticide“, written and directed by G. Patrick Condon) won Best Short Film at the Atlantic Film Festival in 2013 and was a selection at the Cannes Film Festival as part of Canada’s “Not Short on Talent” program.