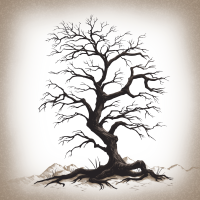 Jame Dermond is a new author and “Doorways to the Unseen: 6 Tales of Terror and Suspense” is his first book, and also the first in a planned anthology series, with a new volume of six short stories being planned for release every year in late September.

When he is not hard at work on his upcoming anthologies, Dermond is working diligently to finalize a trilogy of horror novels planned for release in 2017.