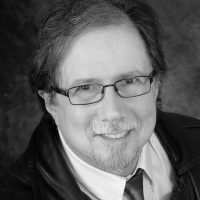 John Andreini calls Portland, Oregon home, and spends his time writing short stories, stage plays and screenplays. In recent years, many of his flash horror stories have been made into popular Creepypasta YouTube videos (under the name minnboy), and three of these stories are currently in production, soon to be released as short films. His stage plays have been produced both nationally and internationally. You can read many of his short stories on Facebook at Two-Minute Tales of Terror.