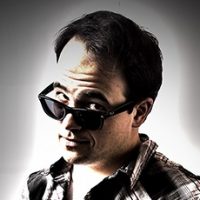 Luciano Marano is a Seattle-based photojournalist, reporter and author.

Marano made his debut as a fiction writer in the extreme horror anthology DOA III (Blood Bound Books, May 2017), alongside such genre icons as Jack Ketchum, Edward Lee and Bentley Little, among others.  He was later published in 2018’s Year’s Best Hardcore Horror Volume 3.

Marano has covered news events throughout the Seattle area and Kitsap County, and his award-winning reporting, both written and photographic, has appeared in numerous national and regional publications.

Marano grew up in East Brady, Pennsylvania, and moved to Pensacola, Florida, after high school, where he joined the Navy as a mass communication specialist (photographer/ journalist).

His time in service included tours of duty in Hawaii and Everett, Washington, including one Western Pacific deployment aboard the aircraft carrier USS Abraham Lincoln, where he served as photo editor and contributing reporter for the ship’s newspaper. After opting out of reenlistment, Marano earned a Bachelor of Fine Arts degree in commercial photography at the Art Institute of Seattle.

He likes movies (especially horror and documentary films), jogging, craft beer, reading, oldies music and traveling to new places. If he could have any superpower, he would choose Wolverine-style regenerative abilities (and also the ability to grow Wolverine-style sideburns).