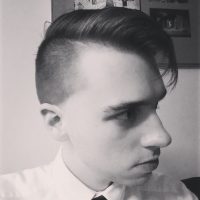 Peter Lalush is a filmmaker, musician, voice actor, and writer of horror, action, and comedy from Raleigh, North Carolina. His work includes Girl in Space, an award-winning stage play due to be produced at NC State University in 2018, and You’re So Dead!, a horror/thriller comedy film he is directing and appearing in this year.

Lalush is currently writing a screenplay for a sci-fi film, Scimitar, and recording music for his upcoming album BANG. In short, he’s way too busy all the time, and really hopes you enjoy his work.

Nothing Ever Happens (Season 2, Episode 13)