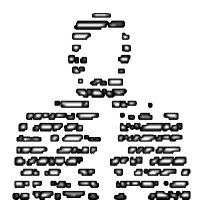 The Claverhouse Emails are a series of strange and often disturbing tales with an interesting backstory behind them, sent to an anonymous individual via the Internet, allegedly by someone known only by the moniker “Claverhouse.”

In the words of the individual who brought the emails to light (as quoted from their official website), “I’d almost forgotten all about [Claverhouse] until I was clearing out some old computer equipment and came across an old hard drive that was just gathering dust. I was curious as to what might be on it, so I hooked it up and had a look, and there, nestled in an obscure sub-directory, was a folder entitled ‘The Claverhouse Emails.'”

The anonymous compiler goes on to say, “I first encountered this peculiar and somewhat obscure character on some old internet forums and message boards that I became a regular on back when I was a student. I used to get into long and often quite heated discussions about psychology and philosophy – the two subjects I was most interested in at the time – and Claverhouse soon made his presence known. His opinions were very different from the norm, and his skewed yet uncompromising take on things often made for uncomfortable reading. Most people there seemed to regard him as a bit of a crank, and he was largely ignored, but I found him interesting (if not always comprehensible), and we eventually struck up a friendship of sorts. We exchanged email addresses, and part of what he sent me is included [became] The Claverhouse Emails.

“Each email is a stand-alone story, usually around two thousand words long, which consists of a first-person narrative detailing an experience or situation explained by the protagonist. Although the stories were presented to me as truth, Claverhouse would never provide more details when questioned about either the identity of the teller or the content of the story itself. He always said that everything you need to know is there, in the person’s own words.

“Claverhouse was also not forthcoming when it came to personal details about himself: although we corresponded for well over a year, I never found out his real name, where he lived or what his profession might have been. Just as with the emails themselves, he always said that those details were meaningless, and that the important thing was the stories themselves and what they could tell us about the darker extremes of human experience.

“Just how true these stories are I cannot say. I suspect there’s a lot of embellishment in them, and maybe even some elements of pure fantasy. But Claverhouse was adamant that at their core they all illustrate a deeper, more universal truth: that the world is not the way you think it is.

“Ultimately I think it’s best if readers make up their own minds about the stories and their murky origins. I present them here as they were presented to me, and I hope that you enjoy The Claverhouse Emails.”