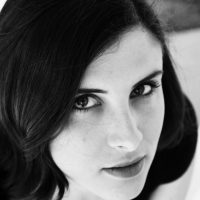 Nine and Numb Improv │ Some Sort of Show

Erica Garraffa is an IT analyst by day, wedding singer by night, occasional ballroom dancer on weekends, actress whenever anyone will let her on the stage, and billionaire nuclear physicist/swimsuit model in her dreams. Garraffa also moonlights as a voice over actress, comedian, writer and director, with multiple film, commercial and stage credits. She began her acting career at the ripe old age of four, and has maintained an obsession with performing (and probably the same maturity level) ever since.

Garraffa’s love for voice acting was cultivated when she co-created Tales of Mild Interest, a live radio-play-style comedy show. She currently serves as the show’s head writer and assistant director.

Garraffa also performs regularly with the improv troupe Nine and Numb, and is a current cast member and writer for the sketch comedy group Some Sort of Show.

Garraffa lives in Tampa with her husband and veritable horde of beagles.