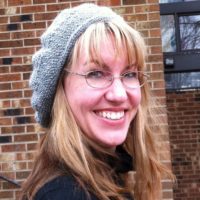 Heather bounced from Hollywood and Disney Feature Animation to teaching high school English in New York City, to an adjunct professorship. After winning awards in her last two positions she figured her motto “teach to the joke” was working. So, in 2006 she got a mic and taught herself to edit and post audio in the form of CraftLit — the annotated audiobook podcast.

Ten years, 26 books, dozens of short stories, and millions of downloads later, it looks like she made the right decision.