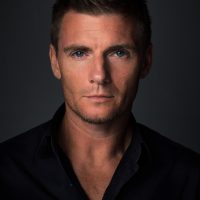 He first became known to The Simply Scary Podcast through his involvement in the Chilling Tales for Dark Nights Evil Idol 2016 competition, in which he was a finalist. On the strength of his performance in the competition, an invitation was extended for him to become a member of the team.

Holland works professionally as a stage and screen actor, musician and voice over artist. He is also known to dabble in visual arts and graphic design, having spent a number of years as an art teacher in a previous incarnation.

Since his childhood, Holland has been a lover of horror and, in particular, short horror stories. He feels most at home whilst hunched over a microphone, muttering dark tales into the small hours.