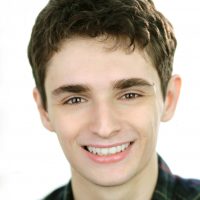 Ryan Borses is a performer and composer currently living in Tampa, Florida.  He holds  a B.F.A. in Musical Theatre Performance with a concentration in Songwriting and Performance Repertoire from The Boston Conservatory.  He is the creator of the original musical, Nobody’s Home: A Rock Odyssey, and has a significant portfolio of his own cabaret numbers, both comedic and dramatic.

Ryan’s most recent shows include The 25th Annual Putnam Spelling Bee, Shakespeare’s Twelfth Night, and Young Charles Dickens.  Ryan is currently starring as Jason (and Tyrone) in Hand to God at B Street Theatre in Sacramento, California.