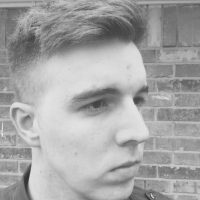 Tyler Bowman is a born and raised Texan, currently involved in the United States Army Reserves, who counts acting and singing among his hobbies. Bowman became involved in theatre in middle school, and took part in numerous productions throughout high school. Through it all, the art of voice acting narrating, and of using one’s word to convey emotion, has especially intrigued him.