Posted at 00:00h in Chilling Tales for Dark Nights by The Simply Scary Podcast 23 Comments
Share this Episode 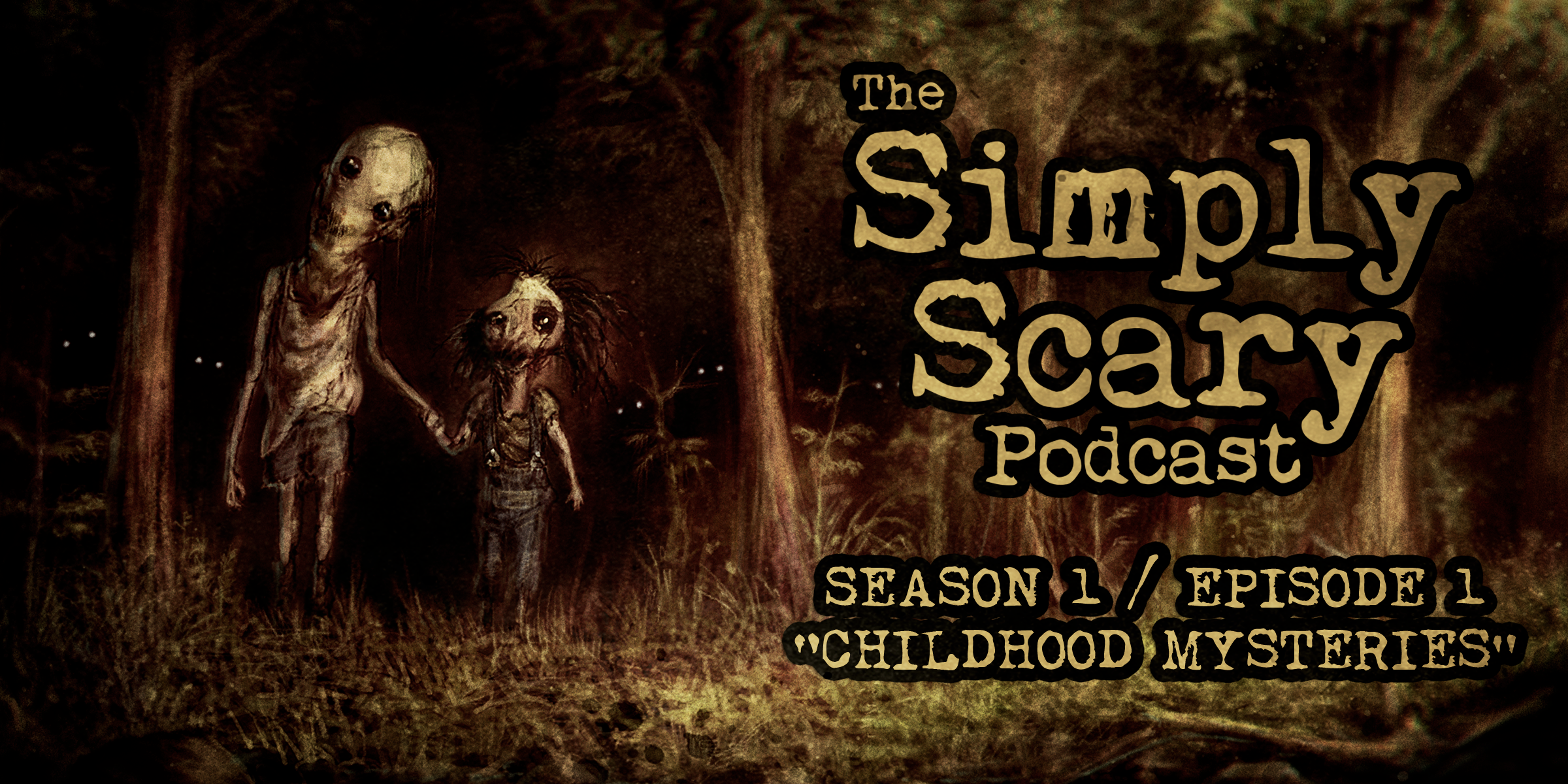 Welcome to Season 1, Episode 1 of The Simply Scary Podcast, the debut episode of the program. Our inaugural program is hosted by G.M. Danielson.

As nostalgic as many of us get for our childhood, memory can be a frustratingly unreliable thing. It can lose the most precious moments and information from our formative years… Inexplicably, when we really need it for a conversation with an old friend, our memories may fail us and leave us stammering for an explanation. Sometimes, though, the gaps in our memory shield us from revelations that, if they had been retained, would haunt us to our graves. Today’s stories are about unfortunate characters who attempt to unravel some of these puzzling “Childhood Mysteries.” 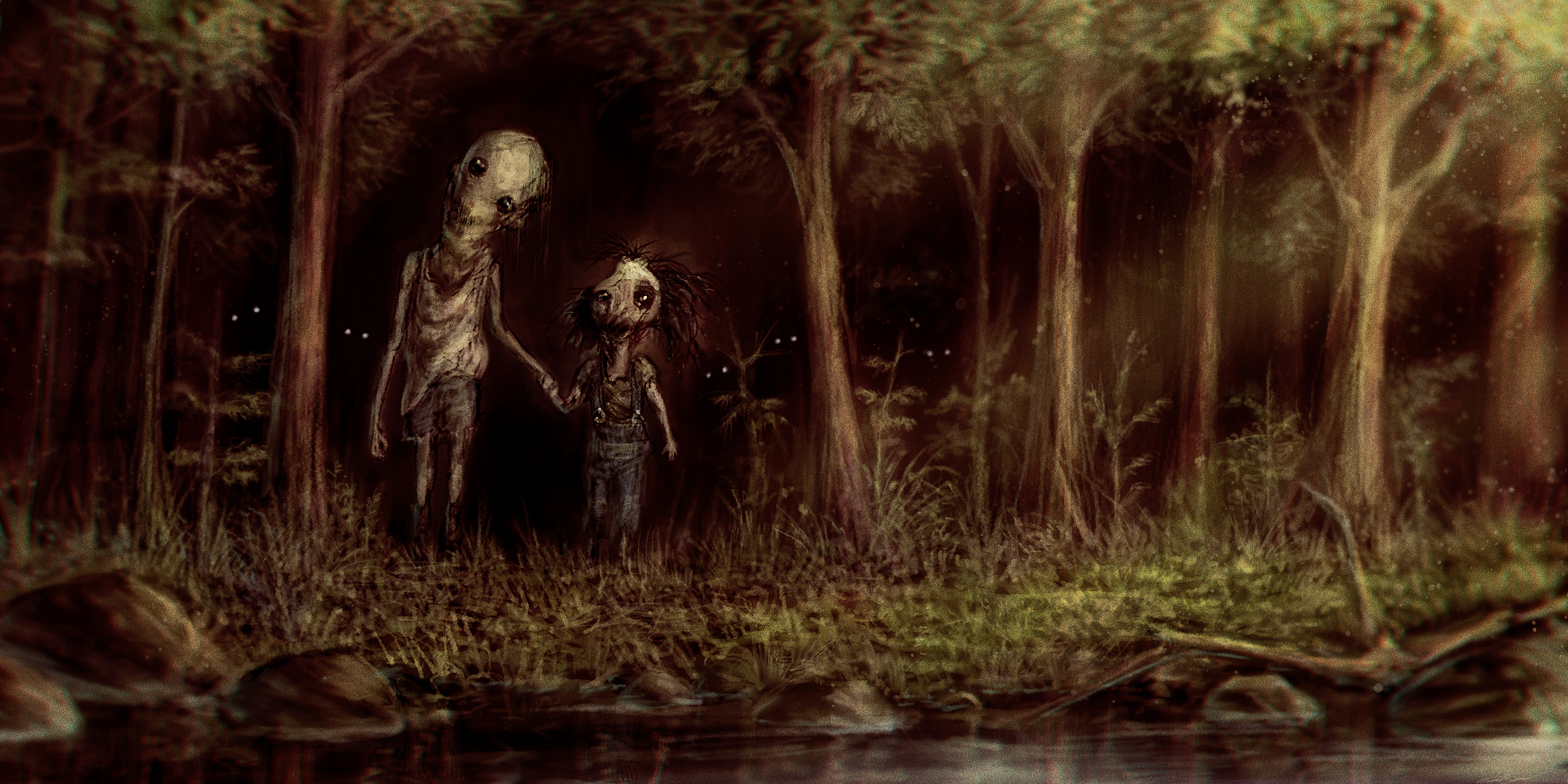 Original illustration of “The Oddkids” by David Romero

“The Oddkids” written by Sarah Piper, performed by Otis Jiry. Production and score by Jesse Cornett. While visiting his grandparents on the outskirts of Ashbury Park, Mississippi, our protagonist that unfolds this tale makes friends with a local girl and her curiosity draws him into a mysteriously frightening situation involving a group of peculiar children just down the way…

“Her Name Was Emma” written by S.C. Young, performed by Alicia Pavlis. Production and score by Jesse Cornett. Charlotte would do anything to stick with her group of friends, “the Unbreakable Six,” a number that is representative of the five friends and “Emma.” But was their teasing about the mysterious sixth member a cruel joke gone too far… or is there something much more frightening at work?

I’ve been waiting for this episode!!! So glad to see this is finally up and running!!

So loving it! You know what we want, and you delivered! Thanks for keeping it “SCARY” and you have a fan in me!! Congrats?

Thank you very much for the kind words, Jamie!

LOL I have lots of lost childhood memories. Maybe that is a good thing. LOL I loved the story, narrating and music. Creepyyyyyy.

I love your podcast! You make it so scary and so do the narrators! 😀

We do our best! Thank you, Courtney!

these stories are wonderful and easy to identify with! great narration,great writing and just all around .
a truly great new podcast for fans like myself.

Emma was phenomenal! Love that story.

You can download all of our productions by becoming a Patron: https://www.chillingtalesfordarknights.com/tour/

wow wow wow!!! I love this website!! all my fav horrors on one page!!

At first i thought, “Ill just skip the commercals.” but then I was like, “Nah, there the scaryist part.”

Wasn’t this on the nosleep podcast?

Some of the stories have been featured on other programs in the past, yes, though performed (obviously) by different individuals.

I am enjoying this and hope to hear more. I love scary and even better while listening in the dark.

Thank you for your kind words, Mary!

Hey! I am absolutely loving this creepy little podcast you guys do so great!

Just started listening. As a Armed Security Officer working graveyard at an apartment complex – keeps on my toes 🤣. Awesome job