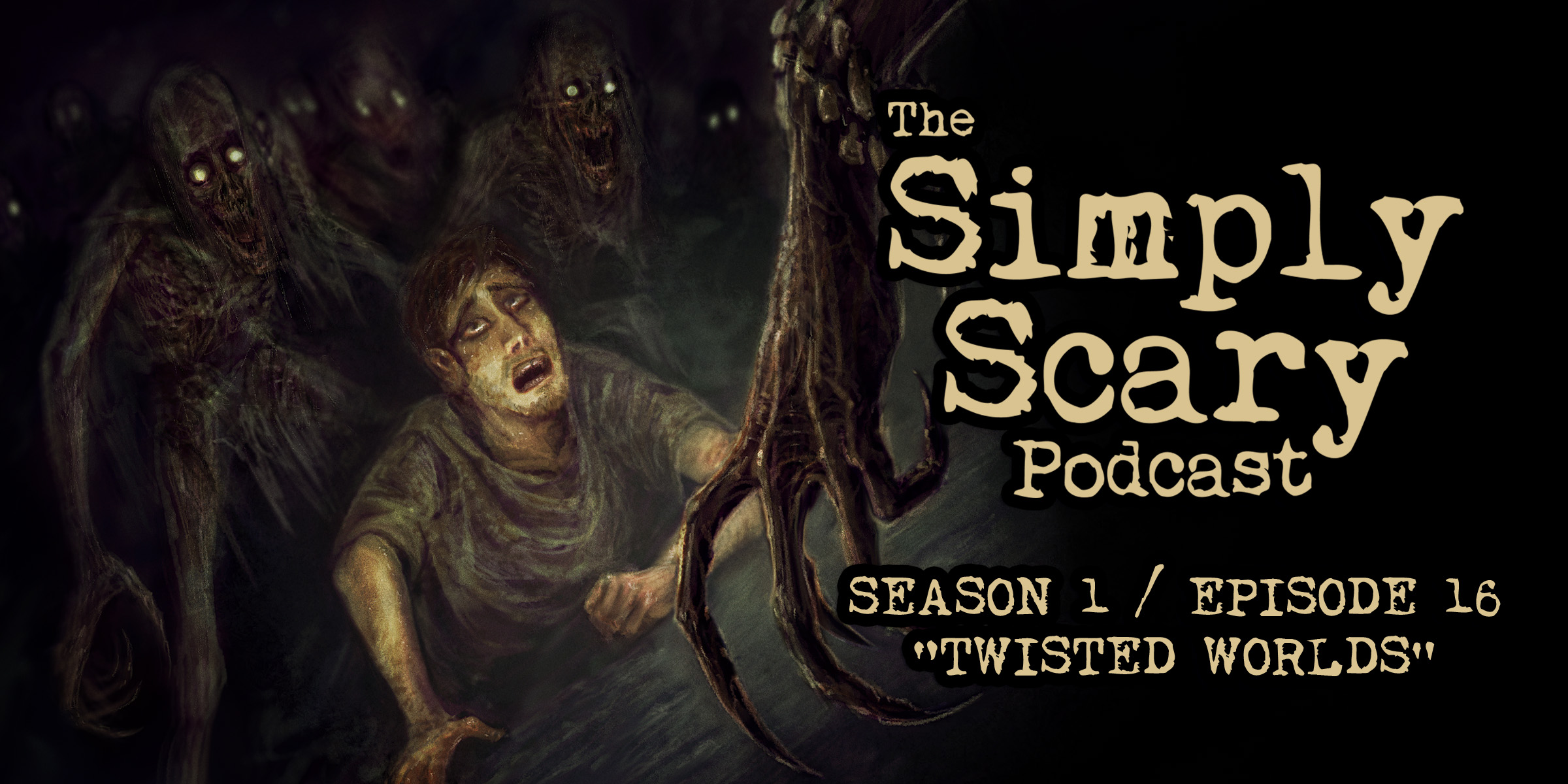 Welcome to Season 1, Episode 16 of The Simply Scary Podcast. Our sixteenth in our series is hosted by Archibald and The Other Half, with a cameo appearance by G.M. Danielson.

We have come to be comfortable in the world we see around us, but often we take for granted the realm of logic we occupy. That is why a reality of the impossible can be so utterly disturbing to us. Whether perceived as bland or boring, we securely blanket ourselves in the safe, common knowledge that right is right, up is up, and things that are inanimate are just that… Join us, won’t you, as we reveal the unimaginable landscape of “Twisted Worlds.” 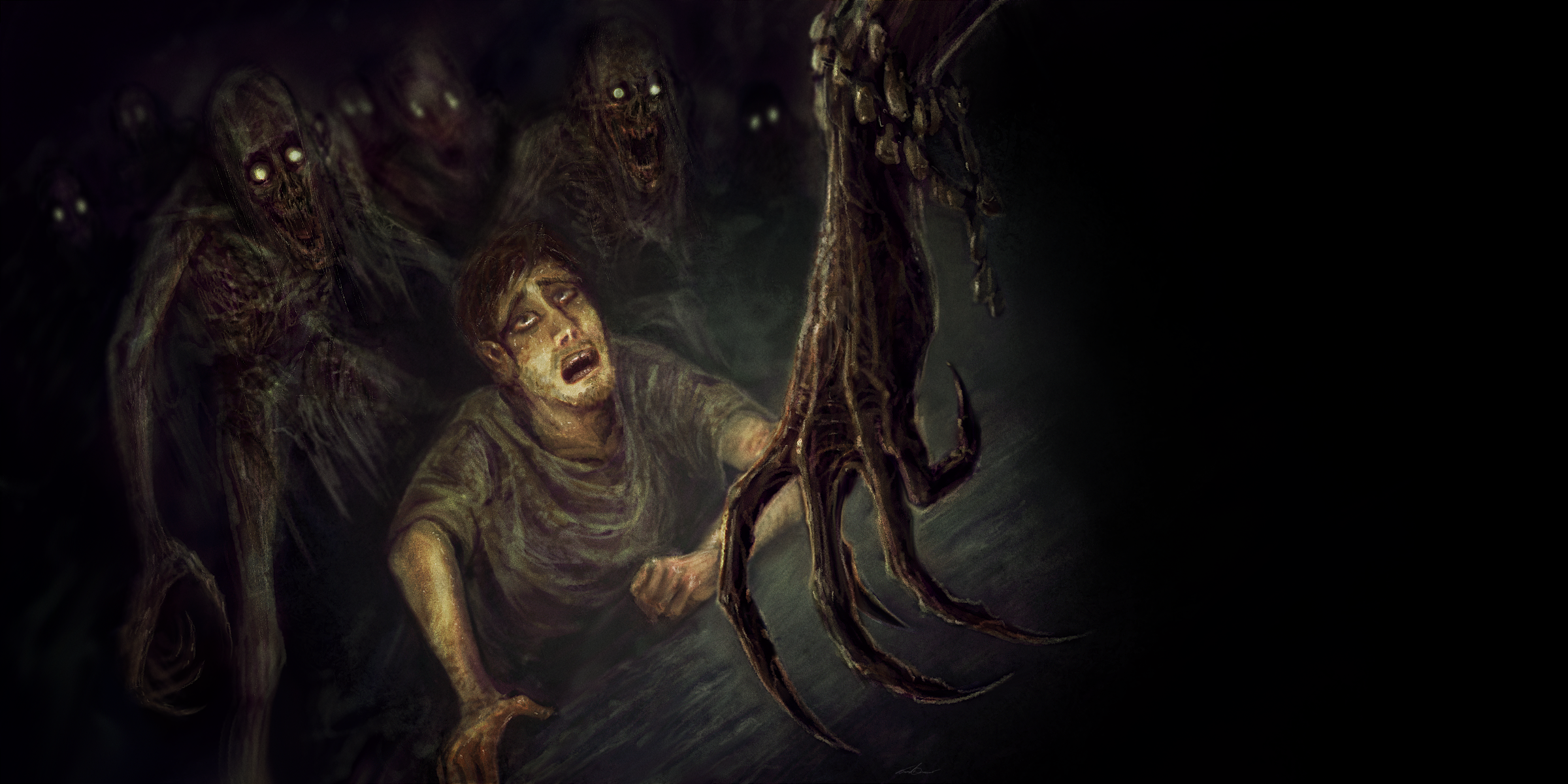 Original illustration of “The Box Born Wraith” by David Romero

“Teddy Bears and Tear Parties” written by S. Boyd Taylor and performed by Jason Hill. Production and score by Ronnie Dickison. In this tale you’ll be transported to a horrifying land of make-believe, somewhere between a nightmare and a bad dose of cough syrup, as a young girl struggles to overcome a dark force that stalks her relentlessly through an endless sea of terrors. But what may be more frightening is what that dark force has unwittingly released.

“The Box Born Wraith” written by Kevin  David Anderson and performed by Jason Hill. Production and score by Ronnie Dickison. Benny has been a bad boy, and the boss has decided to bring Benny back down to Earth. But unfortunately for Benny, a slow death would be more welcome than what awaits him.