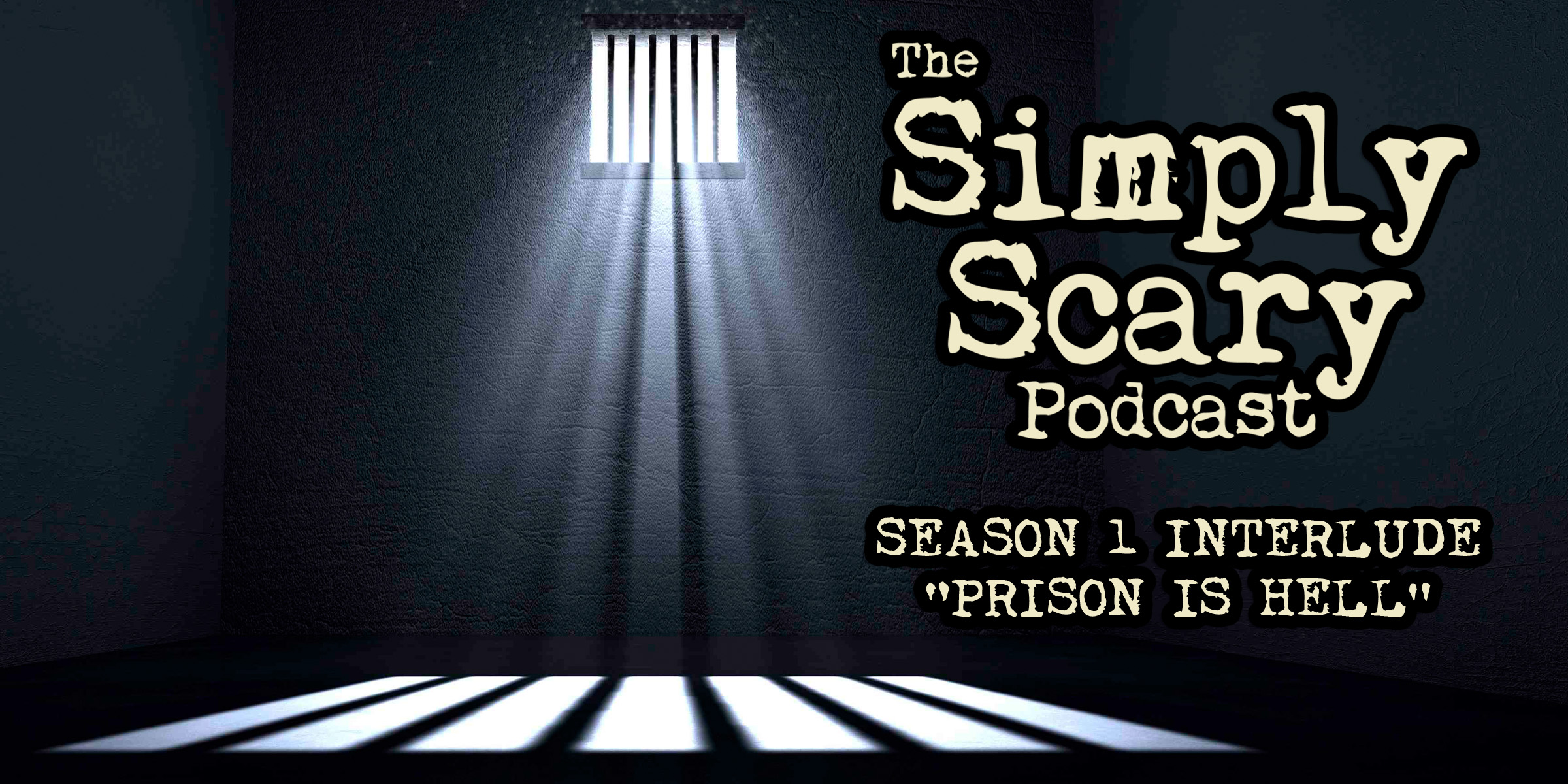 Welcome to the Season 1 Interlude of The Simply Scary Podcast. Our nineteenth in our series is once again hosted by G.M. Danielson.

We want to thank you for making the first season of The Simply Scary Podcast so very successful, and we hope the beginning of our second season will unsettle you just as well. We are scheduled to premiere Season 2 on January 11th, 2017. Until then, we would like to present you with this mini episode to make sure you are properly hungry for our premiere.

“Prison is Hell” written by Sam Marduk and performed by David Tyson. Production and score by Ronnie Dickison. A bloodthirsty killer is waiting for his time to pass. His record of murder surpasses those who he reveres but the creative sentencing of the judge may be more than even he can handle.

Love your podcast but I can’t figure out how to download it tonight, seems iTunes won’t let me download, “Prison is Hell”
I’m sure I’ll get it figured out. Please keep them coming!

This was a fantastic episode. I was enthralled at every word.

I loved every minute of it I hope for more storys like this! Let all take in the dark stories we can listen to.