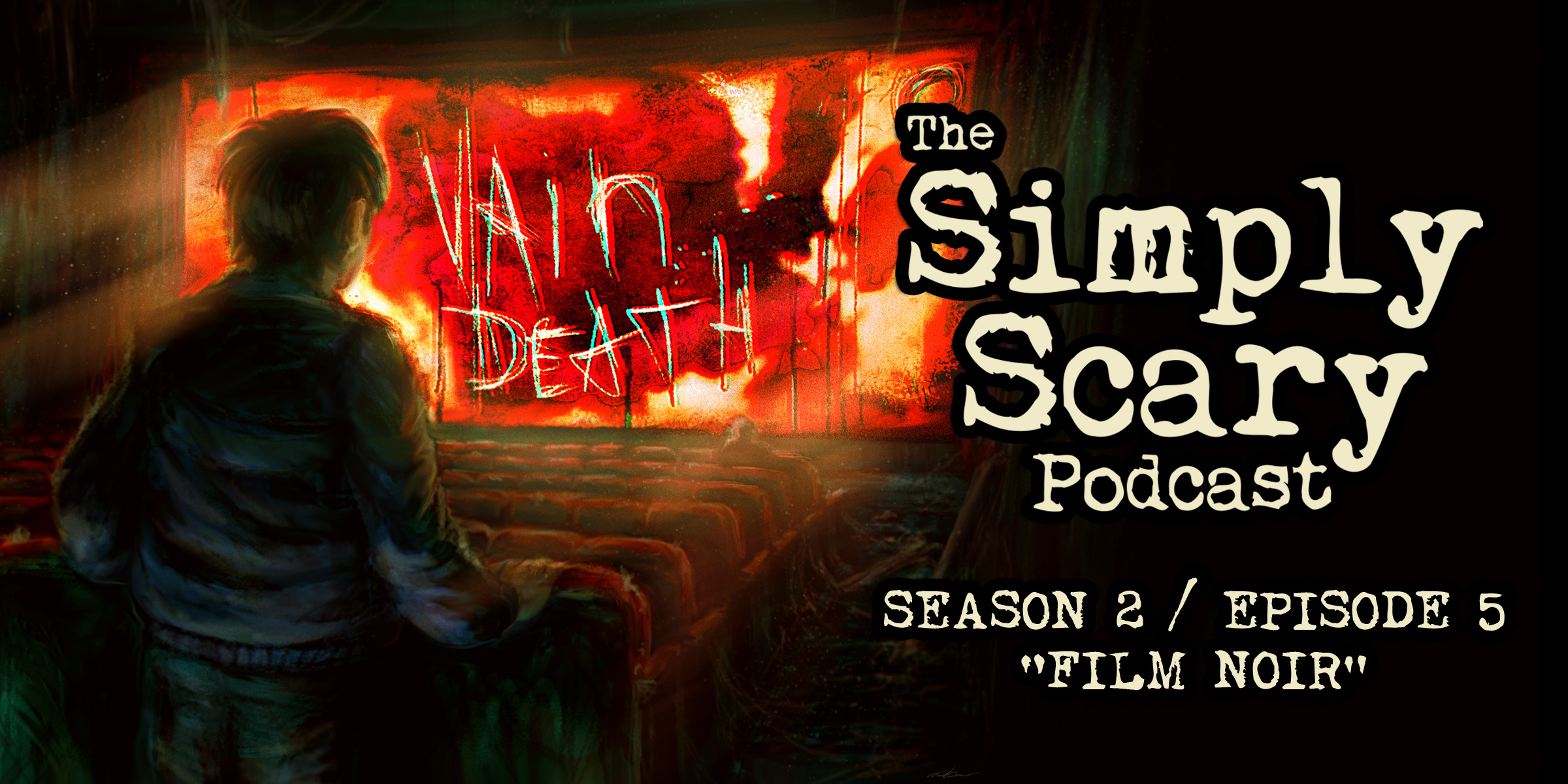 Welcome to Season 2, Episode 5 of The Simply Scary Podcast. This episode of our program is hosted by G.M. Danielson.

We come together once again to traverse the deep dungeons of our story vault and we have compiled for you a collection of frightening stories that would be right at home on a Hollywood horror stage as well as on the casting couches of the soulless realm that is Tinsel Town. Join us as we take a behind the scenes look at death from a different angle. Ready your 3-D glasses and let the cameras roll as we explore our audible version of “Film Noir.”

“The Fan Club” written by Anton Scheller and performed by Jordan Lester. Production and score by Ronnie Dickison.

“The Pledge” written by Matt Dymerski, performed by Josh Irish, featuring the cast and crew of The Simply Scary Podcast. Production and score by Jesse Cornett.

“The Incident on Maple Avenue” written by Matt Dymerski, performed by John Evans, featuring the cast and crew of The Simply Scary Podcast. Production and score by Jesse Cornett.