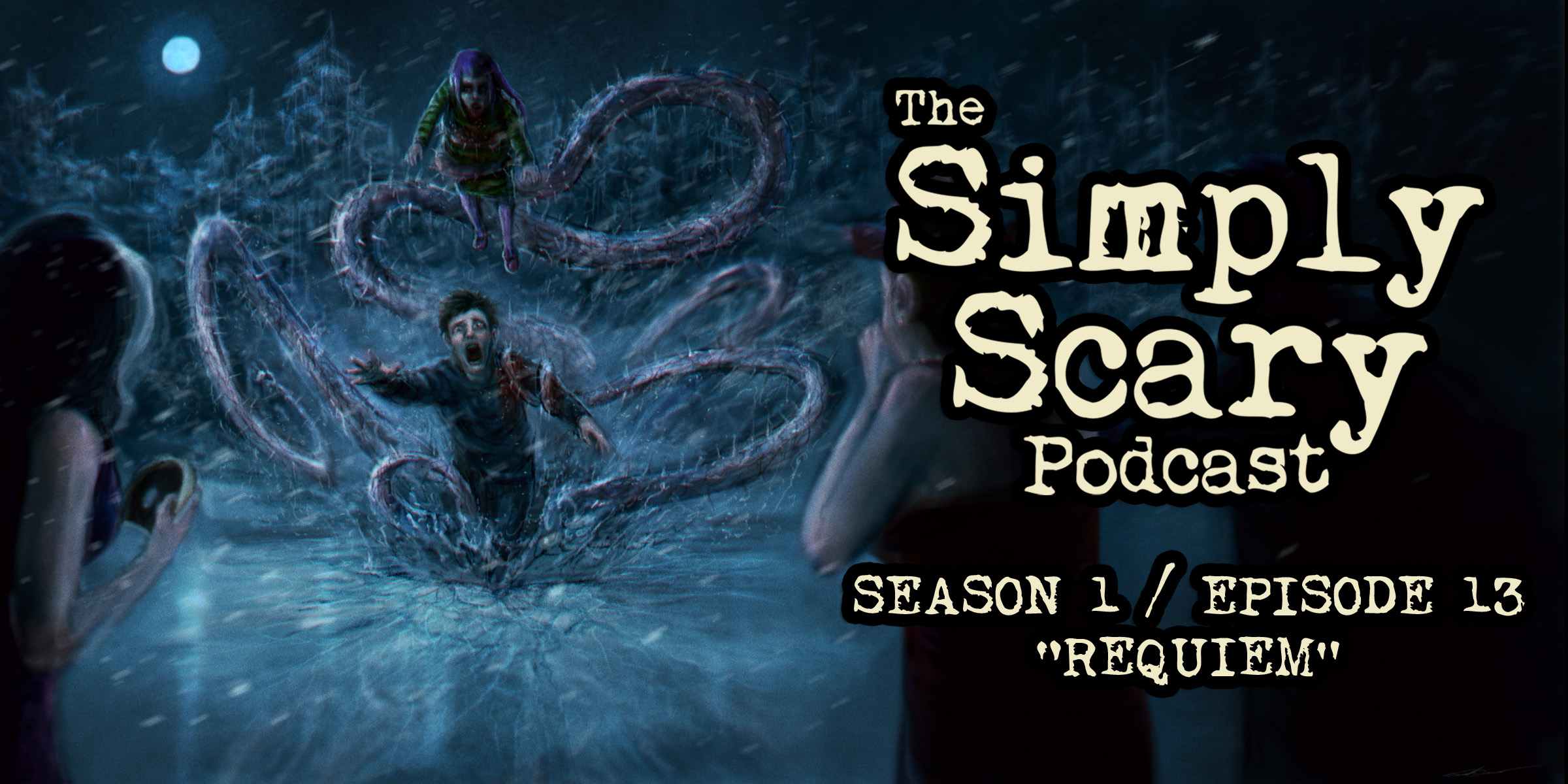 Welcome to Season 1, Episode 13 of The Simply Scary Podcast. Our thirteenth in our series is once again hosted by G.M. Danielson.

This episode is dedicated to a writer and performer named Emma Froh, known to many online as CreepMissPasta. She was a friend of and contributor to the show for years before leaving this earth as the result of a car accident on icy roads on 12/6/2014, two years ago to the date of the release of this episode, at only 22 years of age. This talented, generous artist is dearly missed here at Simply Scary. But instead of merely brooding that she is gone, we intend to celebrate the quality work she left behind with these six performances by her and of her dark fiction with this “Requiem.” 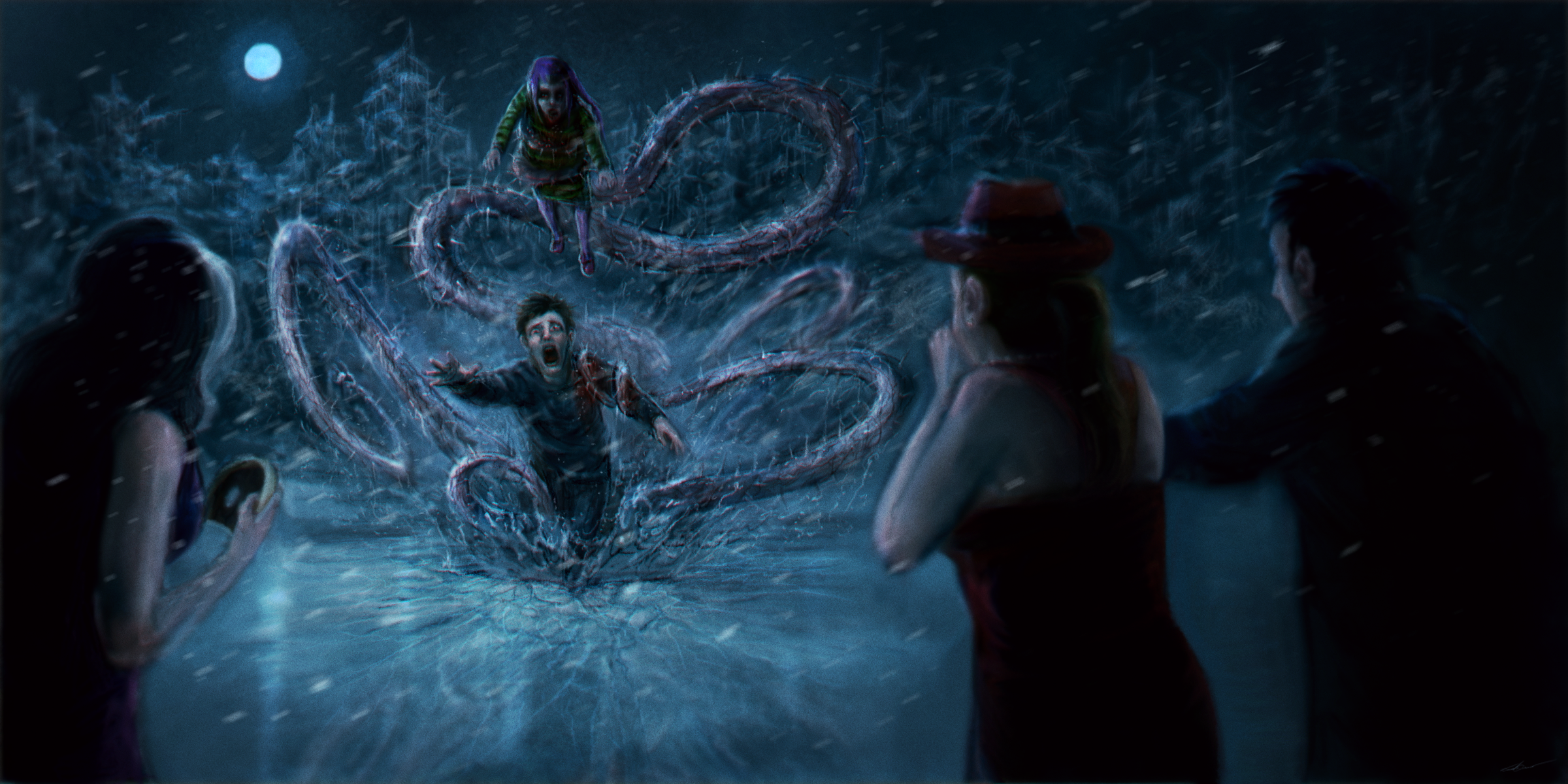 “Water Puppet” written by Emma Froh and performed by Jason Hill. Production and score by Jesse Cornett. This tale concerns an experience a daring man had near a pond in a local park. When he was young, for a time it was labeled a hazardous place by the city officials. He and his skeptical friends decide to explore it anyway, and soon discover the sinister truth about what exactly makes the body of water so unsafe.

“A Knock at the Window” written by an anonymous author and performed by Emma Froh. Production and score by Jesse Cornett. This tale centers on the late night experience of a woman who desperately longs for sleep. Her night is destined to be restless, however, as a persistent sound at her window disturbs her repeatedly, and makes it near impossible to find rest. Still, she’s confident in her safety, and blames the din on pranksters. If only knew the truth, she may not have been so complacent.

“The Dangers of Fame” written by Emma Froh and performed by Ashley Tolfo. Production and score by Jesse Cornett. A woman regains consciousness and finds herself in an unfamiliar setting. She quickly discovers that not only is she covered in blood – but that she is definitely not alone.

“News From the Front” written by Steven Long and performed by Emma Froh. Production and score by Jesse Cornett. A story of war, and of the very odd circumstances surrounding one soldier’s return home from the battlefields. A wife, waiting at home, is deeply relieved when her husband returns unexpectedly from service. Her celebration is cut short, however, when she discovers, to her dismay, that her partner is only a shadow of his former self… and worse, he may not be her husband at all.

“Pass It On” written by Emma Froh and performed by Jesse Cornett. Production and score by Jesse Cornett. Each and every one of us, at one time or another has felt the urge to share a particularly cute, humorous or moving picture with friends or family online – hoping that others can be moved by the image as well. In our next story, we learn of the existence of a seemingly ordinary image, which wields extraordinary power, and which you may not be able to stop from sharing once you learn of its existence, as failing to do so could literally become a matter of life and death.

“The Dead Poet’s Game” written by an anonymous author and performed by Emma Froh. Production and score by Jesse Cornett. In this tale we travel back to 19th century when the paranormal was even more in vogue than it is now. In it, we meet a particularly opportunistic charlatan in the field as he experiments with a dangerous ritual, one that had been attempted in the prior year by a prisoner in France.

I fully approve of the piano music from Silent Hill 2 in here.

Is the information of the picture true?

If you’re referring to the author and featured voice actress, Emma Froh, and her mother losing their lives in a winter car crash, yes, unfortunately, it is true.